As I am working on the cottage garden design, today's short masterclass on how to implement complex designs came in quite handy.

The new winter display for the Walled Garden, a grass and white gravel knot design, was being finished after a month's work (as narrated by my colleague who could see from his window)...


Mmm it's not your standard seasonal bedding display.....what do you think it is going to be? pic.twitter.com/7ZLdD8ihZi
— Tim Hughes (@TimHughes_) October 7, 2014


Weed control fabric being installed, crucial this does not show through the next layer (gravel?). pic.twitter.com/1CxLDR3HjX
— Tim Hughes (@TimHughes_) October 24, 2014

... and we had an opportunity to learn some of the principles that were behind its implementation.

The most important points were: 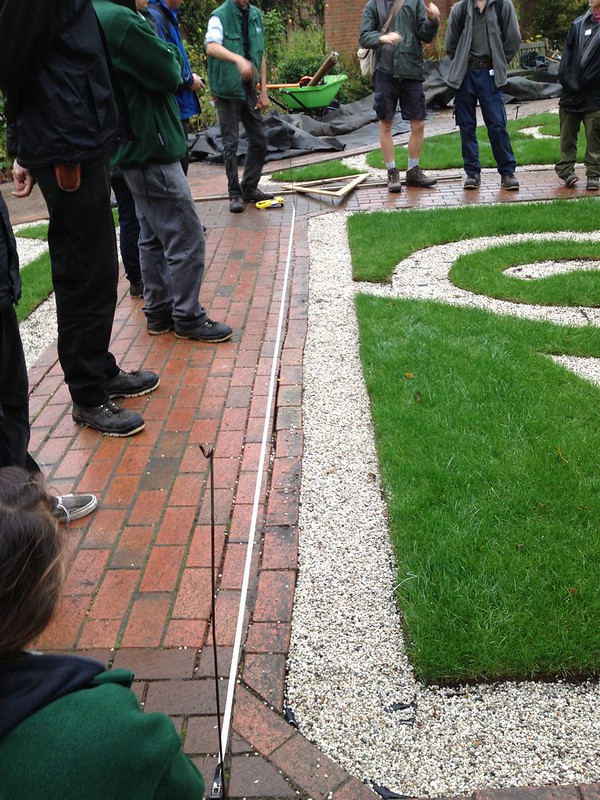 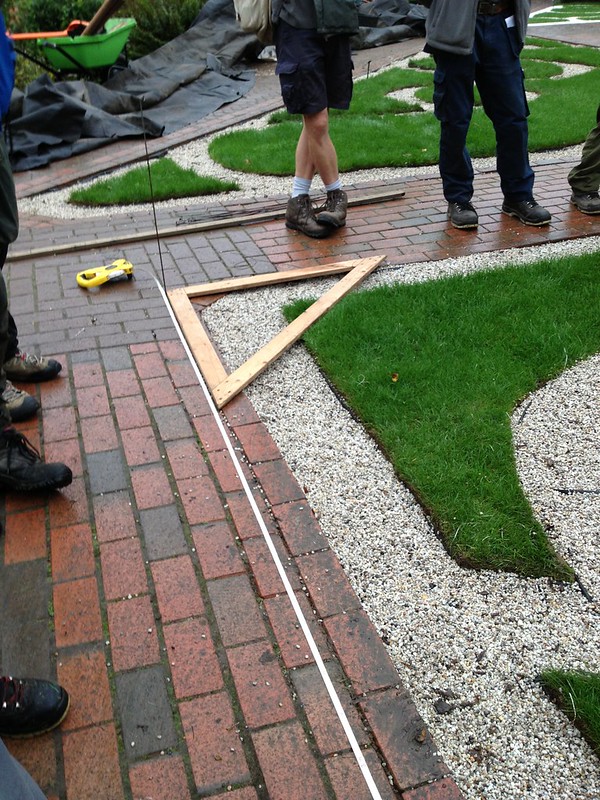 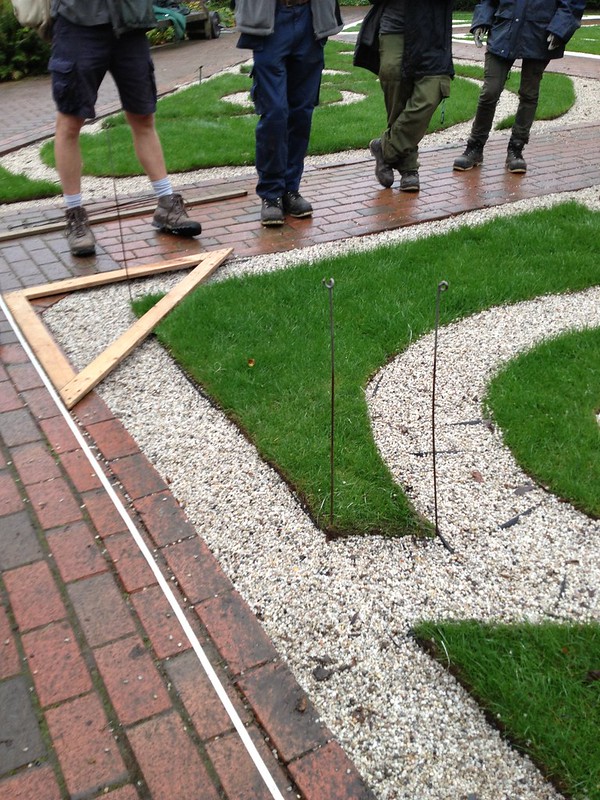 Another suggestions we were given was that weed membrane is better than woven plastic when making designs, as it is easier to shape.
Posted by M.Paola Andreoni at 09:34