The Ilex collection at Kew is the largest of mature cultivars in the world but I must admit my prejudice: I find Holly Walk rather depressing, it's my least favourite place in Kew and not only because it is an area under renovation. I'm not a fan of evergreens, or hollies, and this is 1 km of them!

Today it was the first team day after I have been back, and we were doing it again... but heigh-ho, we were there to make it prettier and I was determined to tackle some of the big tree circles. 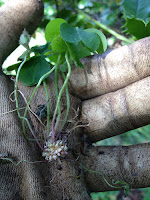 First holly: plenty of dead leaves, affected by cushion scales, and an Oxalis that I have not seen before, probably O. debilis, with bulbils at the base so that if  you pull the plant, they scatter everywhere - clever!


After warming up under that holly, I spotted Ilex cornuta "Burfordii", a rather large specimen, under which every sort of weed was growing and that was particularly difficult to access: the project for me! 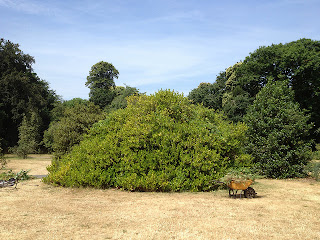 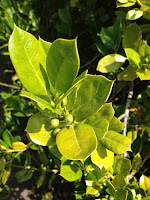 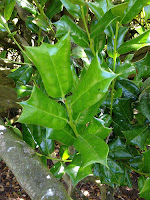 Actually, it kept me busy for the rest of the morning, me and two colleagues who joined in.

We found under it:

Bryony is a lovely wild plant and one of the first weeds I encountered in my beds at Kew. I did not know what it was and neither did my colleagues, so I decided to grow one plant in a hidden spot to see what flowers would come out. After that, identification was the easiest thing!

Bryonia dioica, red bryony is a dioecious (you need male and female plants for viable seeds) herbaceous perennial (it dies back at the end of the vegetative seasons and perennates as roots) of the Cucurbitaceae family, that climbs over other plants through tendrils (twining, modified stems). The genus name means "sprouter": it certainly does come back year after year, building up a huge perennating tuber as food store! Unfortunately, it is not edible, rather toxic.

After lunch we did a rather satisfying job, and one that really made a difference to Holly Walk: we raked away tons of dead leaves - it looks so much better for it! 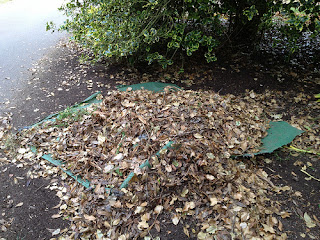 It was a really hot day, so we needed plenty of fluids to keep us going, but we did achieve a lot: productive team work.
Posted by M.Paola Andreoni at 18:14