I have seen so much of it this week: Oxalis corniculata var. repens (looks like it is mushrooming all over the place and setting seeds within a few days!) that I have had what I call a "genius idea": what if we made use of it as ground cover? 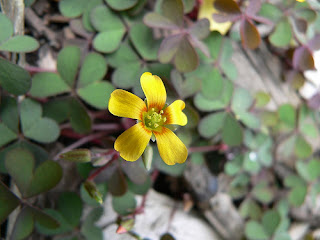 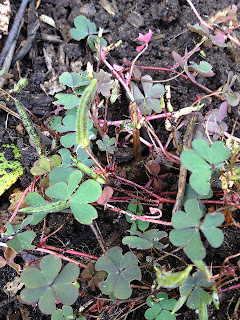 Despite being called O. repens, it spreads mostly by seed. The capsules are explosive and scatter it around. So it's not invasive in the way that couch grass is, which spreads by rhizomes. And, for what I can see, it is not too vigorous: in our sandy soil, it comes out with a simple flick of the handfork.

Crazy idea, mine (well... maybe not *that* crazy: it looks like in the US native Oxalis oregana is considered the perfect ground cover), but I mentioned it anyway. Much as expected, it didn't encounter with much enthusiasm... ;p 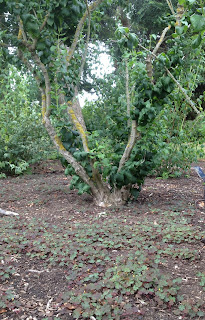 If only I had more time, and my own area, I would like to make an experiment, where it is not that obvious and with sturdy plants, to see how it might work.

How do you think it looks?
Posted by M.Paola Andreoni at 15:28